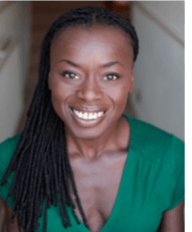 Hi there, my name is JacQueline Acheampong.  1st cohort of coaches and face of the Queen.

I have been a healer for now, what, over 25 years.  Now combining these gifts, with The 'One of Many' keys.

I speak of Frozen Superwoman, because that's who I've been.

Is the ultimate aim.

This programme calls for a strength from within.  That seeks to connect, with a light that's Supreme.  This light is the essence,  of the visions you seek.  Unleashing the fears, the shame and your tears.  The Lover, The Mother, Sorceress, Warrioress, Queen, are all a face, of the Divine Woman to Be.

It requires you to focus.  To tune in and see, the blocks you have placed.  The blocks you don't see.  Moments of silence, each week is required.  Not talking each week, but delving inside.  The weeks that we speak, are powerful indeed.  You get to see you and you get to see me.  On the weeks we don't speak, at the same time, we 'tune in'.  Connecting with your Spirits, quest to Be.  We will strengthen the Archetypes, who's weakness has been, holding you, keeping you, far from your dreams.  In the weeks that we 'meet', the pearls that we've received.  We'll share and we'll tell, we'll unravel and yield.

At the end of each quest for you, an animal card reading, I will be send.  Offering insight for the path that you heed.  The aim is to strengthen your connection, to the Divine.  Where all questions are tended and answers you'll find.

If this rhythm and rhyme, connects and does chime.  Connect for more info, before you decide.

BKalma Dharma- for the light that you seek

BKalma Mama - for Divine Mothers to be.

I am open to an exchange, a skill swap indeed.  If the financial Investment, stretches your need.  Of course these skills and these gifting must meet and serve the desires and needs inside me.  But they may at least provide part payment, let's see.

These are the tales, of those who have before, walked this trail.

This website uses cookies to improve your experience while you navigate through the website. Out of these, the cookies that are categorized as necessary are stored on your browser as they are essential for the working of basic functionalities of the website. We also use third-party cookies that help us analyze and understand how you use this website. These cookies will be stored in your browser only with your consent. You also have the option to opt-out of these cookies. But opting out of some of these cookies may affect your browsing experience.
Necessary Always Enabled
Necessary cookies are absolutely essential for the website to function properly. These cookies ensure basic functionalities and security features of the website, anonymously.
Functional
Functional cookies help to perform certain functionalities like sharing the content of the website on social media platforms, collect feedbacks, and other third-party features.
Performance
Performance cookies are used to understand and analyze the key performance indexes of the website which helps in delivering a better user experience for the visitors.
Analytics
Analytical cookies are used to understand how visitors interact with the website. These cookies help provide information on metrics the number of visitors, bounce rate, traffic source, etc.
Advertisement
Advertisement cookies are used to provide visitors with relevant ads and marketing campaigns. These cookies track visitors across websites and collect information to provide customized ads.
Others
Other uncategorized cookies are those that are being analyzed and have not been classified into a category as yet.
SAVE & ACCEPT
Scroll To Top